​If you`re considering having any building works undertaken on your property then its a very good idea to have a good and accurate survey carried out as part of the design. There`s nothing worse than getting the project started only to find that the building doesn't  fit on the site because the survey carried out in the beginning was incorrect and everybody has been working on the wrong data.

The modern method adopted includes a laser scan. Its an increasingly popular method of collecting vast amounts of data which is deadly accurate and can be collected in a short amount of time. This is particularly important where the building land is uneven or on a slope or where aspects of the existing buildings being surveyed are inaccessible with other methods of surveying. Essentially what happens is that the scanners send out a laser beam which, when it hits another surface surface, is reflected back in the direction of the scanner. The information is then stored and can be plotted later to give an accurate measurement of a building or plot of land. From a straightforward building survey to the most complicated mechanical plant surveys, the information is an invaluable resource of information.

This method of surveying is relatively new and has major benefits over conventional surveying. A ‘cloud` made up of literally thousands of points or dots can be captured in seconds enabling survey areas of varying scales and complexities to be surveyed in a very short time frame. This data is then processed so that a cloak effectively joins up the dots in order to `solidify` the survey  to provide unbelievable levels of detail and information. 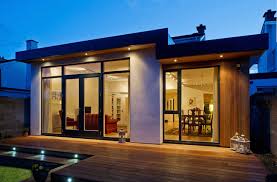 ​Moving house is probably one of the most stressful things you`ll ever have to undertake.

Having seen how schools need to operate first hand, right across England, our property care scheme takes our years’ of experience and allows us to provide both a regular and urgent helping hand to...